Those graceful white sails are instantly recognisable. They soar away from the city and out towards the harbour, floating above the home of quality Australian music and performance.

There was a happy buzz around Circular Quay as we strolled towards the Sydney Opera House. The young and groovy were just starting to come out to play and international visitors were surging to see the iconic scenery lit up at night.

Us? We were about to experience some world-class jazz.

END_OF_DOCUMENT_TOKEN_TO_BE_REPLACED 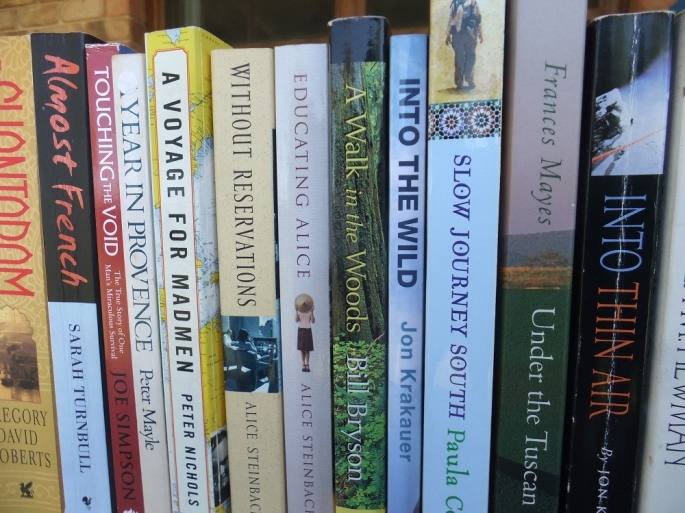 Book Title: On The Trail of Genghis Khan – An Epic Journey Through the Land of the Nomads 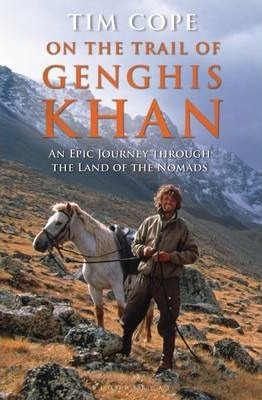 Promotional Blurb:  The relationship between man and horse on the Eurasian steppe gave rise to a succession of rich nomadic cultures. Among them were the Mongols of the thirteenth century – a small tribe, which, under the charismatic leadership of Genghis Khan, created the largest contiguous land empire in history. Inspired by the extraordinary life nomads still lead today, Tim Cope embarked on a journey that hadn’t been successfully completed since those times: to travel on horseback across the entire length of the Eurasian steppe, from Karakorum, the ancient capital of Mongolia, through Kazakhstan, Russia, Crimea and the Ukraine to the Danube River in Hungary.

From horse-riding novice to travelling three years and 10 000 kilometres on horseback, accompanied by his dog Tigon, Tim learnt to fend off wolves and would-be horse-thieves, and grapple with the extremes of the steppe as he crossed sub-zero plateaus, the scorching deserts of Kazakhstan and the high-mountain passes of the Carpathians. Along the way, he was taken in by people who taught him the traditional ways and told him their recent history: Stalin’s push for industrialisation brought calamity to the steepe and forced collectivism that in Kazakhstan alone led to the loss of several million livestock and the starvation of more than a million nomads. Today Cope bears witness to how the traditional ways hang precariously in the balance in the post-Soviet world. Source

My Thoughts:  I had heard about this book many, many years ago and it sat in my To Be Read pile for the same amount of years. I had to get my mind ready for an epic journey – ready to tackle an adventure of this size and scale.

This IS an adventure to beat ALL adventures!

Throughout the book I was boggled by Cope’s ability to withstand the searing or freezing temperatures, the constant threats to personal safety and his ability to survive on a diet heavily laced with camel’s head and pig fat, and all washed down with a never-ending stream of vodka.

I like to think I am a fairly adventurous soul, but I am positively pedestrian when compared to Cope. His journey from Mongolia to Hungary was an exercise in pure resilience. I was blown away by Cope’s passion for the journey and the history of the regions he passed through and its people, and his sheer stamina to do it day after day even under constant threat to his safety.

Cope’s passion for adventure is balanced by his love of history and his book is littered with background information on the Mongols, Cossacks, Russians and Tatars. It was the impact of the Russians which really opened my eyes. Their systematic programme of ethnic cleansing all but wiped out the individual cultures and replaced it with bland and severe Soviet architecture, social and political systems, Russian language and a seemingly limitless stream of vodka. It has just broken the identity of so many countries and it makes me wonder if they will ever recover. Amidst all the desolation and cultural devastation there were small pockets of resistance and I hope they can find a foothold and eventually blossom.

I must admit that I did lose track of some of the history and it all got a bit confusing at times, but that is more of a comment about me than Cope’s writing.

Another thing I have been wondering is whether this sort of adventure is still possible today. We live in such an incredibly connected world these days, is it possible to truly go ‘off grid’ like Cope did?

Also, with so much political tension in the World, would it be possible to move from country to country like Cope did, although I acknowledge that this was not straight forward for him either 15 years ago.

It has certainly tweaked my interest to travel to some of these little known countries.

If you like an adventurous read that makes you think AND opens your eyes to both history and ancient cultures, then make sure you track down a copy of Cope’s epic.

Author bio: Born in 1978, Tim Cope, F.R.G.S., is an award-winning adventurer, author and film-maker with a special interest in the traditional cultures of Central Asia and Russia. He has studied as a wilderness guide in the Finnish and Russian subarctic, ridden a bicycle across Russia to China, and rowed a boat along the Yenisey River through Siberia to the Arctic Ocean. Tim’s most renowned journey was a three year journey by horse from Mongolia to Hungary on the trail of Genghis Khan. He is also the creator of several documentary films, including the award winning series “The Trail of Genghis Khan,” (commissioned by ABC Australia and ZDF/Arte in Europe). Tim lives in Victoria, Australia, and annually guides trekking journeys to remote western Mongolia for World Expeditions. Source

The Opera House, the Harbour Bridge, and the Rocks. These are the most popular and heavily promoted tourist attractions in Sydney.

But Sydney’s natural environment is as equally impressive, especially the spectacular Coastal Walk from world-famous Bondi Beach all the way to party-central, Coogee Beach.

Here’s why you shouldn’t miss it…

END_OF_DOCUMENT_TOKEN_TO_BE_REPLACED

India is a fairly exotic and somewhat chaotic destination so it’s no surprise that a visa is required for most nationalities to step onto their colourful land.

Here are a few things to be aware of as you work through the Indian eVisa process.