It took a particularly wet and miserable Autumn day to keep me inside. As a rule I love rainy days as they happen so rarely in Australia and it was the perfect excuse to dust off my well-loved copy of the movie, The Way.

I put my hand up and admit that this is possibly my sixth or seventh viewing of The Way so obviously I am a bit of a fan. It never fails to create a sense of wanderlust and the urge to walk out my back door and just keep going.

But, how accurate is it? Does it really portray the highs and lows of walking the Camino Frances to Santiago de Compostela in north-west Spain? Or is it all glossed over with a thick layer of Hollywood schmaltz?

What is The Way About?

The Way follows the story of the tense relationship between Tom Avery and his son, Daniel. Tom has followed a traditional professional path as an ophthalmologist, while Daniel hankers to get out and study the World as a real live anthropologist rather than continue with his academic research.

Daniel sets out to walk the Camino de Santiago, specifically the Camino Frances and is killed on the first day as he climbed the Pyrenees. Tom duly arrives in St Jean Pied de Port to take Daniel’s body back to California, but instead, decides to walk the camino in honour of his son.

The movie is purely about Tom’s experience on the Camino and how it impacts his life. I won’t give away too much more of the storyline so you can discover it yourself.

Who Should Watch The Way?

I give it an 8/10. It is not a world-beating story or acting, but it so accurately captures the feelings of the camino, especially the meditative and rhythmic nature of walking day after day. It makes me fondly remember the many wonderful people I met on my own caminos and the laughs, connections and conversations over endless bottles of the local vino tinto at the end of each walking day.

How Does it Compare to Other Walking Movies? 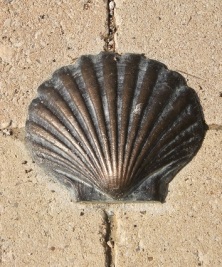 I have not watched a lot of walking-themed movies, but I recently pounced on a $2-copy of the dvd A Walk in the Woods based on the book by Bill Bryson. This movie follows the adventures of Robert Redford (playing Bryson) and Nick Nolte as they attempt stages of the Appalachian Trail in eastern USA. The book was excellent. The movie was a dud. Don’t waste your time.

Fill up the Comments section below with your thoughts and recommendations. Have you watched The Way? Love it? Hate it?

What walking movies would you recommend?

32 thoughts on “Movie Review: The Way – Does it Really Show What it is Like to Walk a Camino?”